This is the terrifying moment a gang of thieves on mopeds robbed a Porsche driver at knifepoint in broad daylight in southeast London.

Shocking footage showed the gang of four, on two bikes, pulling up beside the car before one of them threatened the driver with a blade.

One of the pillion passengers pointed the knife towards the victim, a man in his 30s, as he sat in traffic in Lewisham.

His accomplices appeared to make threats towards him as the incident unfolded in Ladywell Road on July 6. 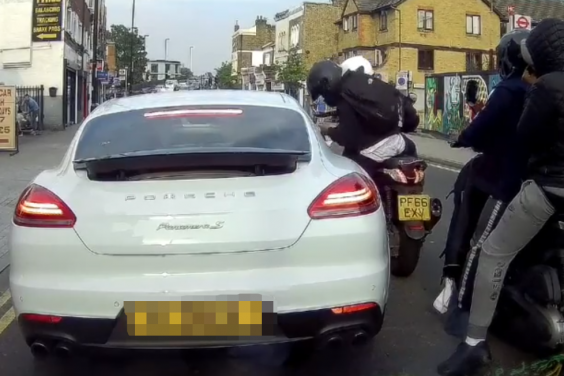 Shocking: The Porsche driver was waiting in traffic when the thugs approached him in south east London

The man was robbed of his watch in the terrifying attack at about 6.30pm, police said.

Both mopeds then turned around and sped off in the opposite direction. 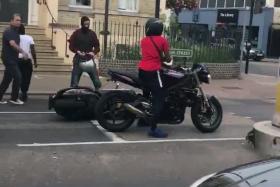 The victim was not injured in the attack, Scotland Yard has confirmed.

No arrests have been made.