A customer was stunned after finding an Amazon courier had defecated on his drive and used ‘while you were out’ cards as toilet paper.

Andrew Wingrave, 45, was furious when his 14-year-old son told him he had spotted the delivery man squat outside their home in Romford, east London.

Mr Wingrave’s CCTV picked up the ‘special delivery’ while he was out at work and he has since reported the incident to Amazon – with a team sent out to clear the mess.

He fumed to the Sun: ‘He [the courier] did a poo into a bag, wiped with orange calling cards, then drove off leaving his special delivery for all to see.

‘I was appalled and presumed it was a wind up. It’s unbelievable.

‘I lost a kidney through a cancer battle. What if I contracted hepatitis C from the driver through an infection? His actions could have killed me.’ 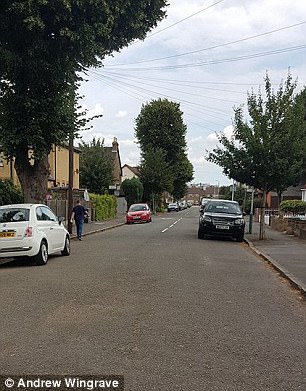 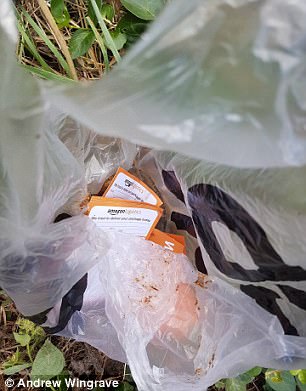 Thankfully he confirmed it was exactly the item he had been hoping for.  He said: ‘I’m just delighted it wasn’t another t***.’ An Amazon spokesman said bosses had launched an investigation into the incident.

He said: ‘We have very high standards for independent delivery companies who deliver Amazon parcels and how they serve customers.

‘We take an incident of this nature extremely seriously and are working with the delivery company which is investigating the matter.’